You are here: Home / Team / Five Dysfunctions of a Team – Fear of Conflict

In yesterday’s post, I was explaining about the latest book that I was finished reading: Five Dysfunctions of a team and the first dysfunction – the absence of trust. If you didn’t read it, go read yesterday’s post and come back.

Continuing from where I left, when a team doesn’t trust each other, it would lead to the second dysfunction – Fear of Conflict. Any good relationship if it needs to last over time and grow continuously, needs to have conflicts. Whether it is a marriage, friends, business or in a team there need to be open conflicts.

But people try to avoid conflict, especially at work as it is many times considered negative and unproductive. Petty interpersonal politics is different from productive ideological conflicts.

The goal of having a conflict and teams intensely and passionately arguing is to produce the best possible solution for the problem. Many times having an open argument about the problems and issues at hand lead to resolving them quickly and completely. And since the team members know that there is nothing personal about the conflict, they don’t hurt each other’s feelings.

Only when the team members do not openly debate or argue on important ideas/decisions, it turns to back-channel gossip and personal attacks. This kind of behaviour is more toxic than having a healthy argument in the first place.

So how do you overcome this dysfunction?

The team members have to first understand that conflict is productive and healthy. Each member should be able to air their honest opinion about any issue and others must learn to listen to their opinions openly.

Once the first dysfunction (Absence of trust) is removed, each team member would realise that any opinion they hear is not a personal attack, but instead about the actual issue they are discussing.

When people start trusting each other that they won’t use their mistakes and weaknesses, they will have better arguments and openness in their conflicts.

Often times the arguments become heated and might become messy, but as long as the members understand the true goal of the argument, they will come to a good resolution.

How this causes the third dysfunction

Only when a team has a good and healthy argument about the decisions it takes, each member would begin asking about other’s perspectives and opinions. Unless everyone’s opinions are heard and discussed, it would be difficult to get a buy-in from the entire team. Which leads to our third dysfunction: Lack of Commitment. Wait for tomorrow’s post to learn about this dysfunction. 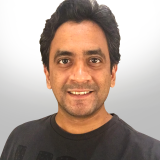 This site uses Akismet to reduce spam. Learn how your comment data is processed.

I am Srinivasan Rangarajan, (AKA) cnu.

I love talking about Technology, Startups, Product Design, Marketing and related stuff. I have helped many startups build and scale their SaaS products to millions of users.

I write about building products and starting up your own business.

Get the newest articles delivered straight to your inbox!